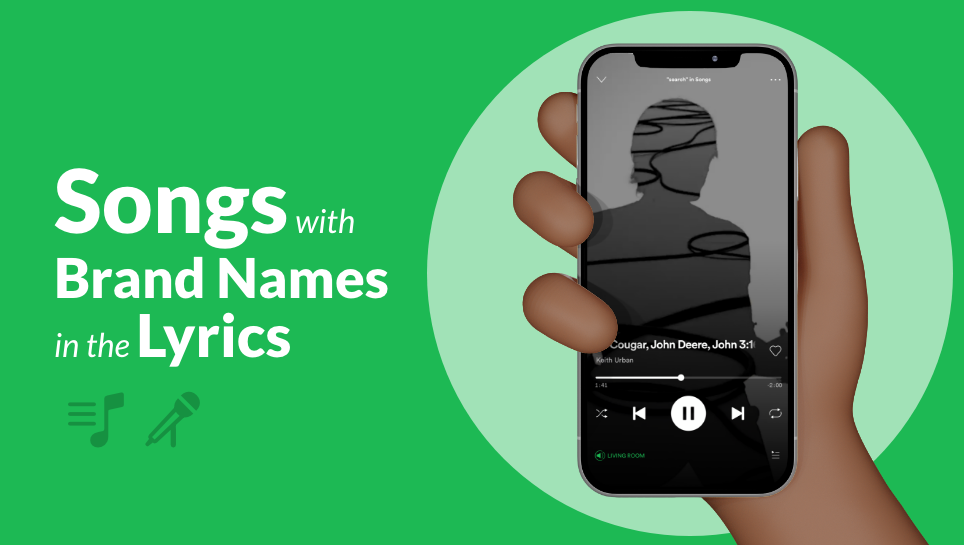 Songs with Brand Names in the Lyrics

Many musicians have implemented their favorite brand names in their song lyrics. It’s no surprise music has always been one of the greatest expressions of passion, emotion and creativity. Likewise, brand integration has been a common part of chart-topping tracks for decades. One simple name drop in a song by an influential artist will have the audience want to purchase that brand.

The music business is similar to any other business. Everyone wants to earn more. So, why not get paid and love what you do. Isn’t that the dream.

Florida Georgia Line song “Round Here” features the line, “That Fireball whiskey whispers temptation in my ear.” and sales of Fireball Whiskey shot up 300% the month the song was released.

In her music video for “Feeling Myself,” Beyonce pours a bottle of Armand de Brignac into a hot tub and if that isn’t enough endorsement, she also included the line “Boy, I’m drinking, get my brain right. Armand de Brignac, gangster wife,” in her 2014 single “Drunk in Love.” Her husband, Jay-Z, owns a stake in the company, so many of the profits generated from the product placement will go directly to the Carter-Knowles family.

Jay-Z signed with Hublot watches after previously designing a watch for their rival, Audemars Piguet. His song “Picasso Baby” features the lyric “I’m still the man to watch, Hublot, on my left hand or not.” For Jay-Z’s 43rd birthday, Beyonce got him a $5 million Hublot watch, made up of more than 1,000 diamonds. Jay-Z owns a large stake of Hubolt and earns royalties on every the sale of every watch.

Country music star Jason Aldean scored the number one country single with his song, “Burnin’ It Down.” He used the opportunity to give a shoutout to Jack Daniel’s, a whiskey brand he endorsed earlier that year. The lyric is featured right in the chorus, as he sings, “We’re just hanging around, burnin’ it down, sippin’ on some cold Jack Daniel’s.”

Rihanna’s song “Cheers (Drink to That)” featured the lyric “Got my Ray-Bans on and I’m feelin’ hella cool tonight, yeah.” Rihanna was paid $150,000 as part of an endorsement deal with Ray-Ban sunglasses.

After Crown Royal partnered up with country music trio Lady Antebellum, the country group included the lyric “What I’m really needing now is a double shot of Crown,” in their single “Bartender.” Might be how that double shot doubles Crown’s sales.

Luke Bryan, like many other musicians, signed on to endorse a liquor. Bryan became a brand ambassador for Bacardi rum, and included the line “Pushed it back, gave me a kiss, with Bacardi on her lips,” on his single. “Roller Coaster.”

How to Use Influencers to Drive Sales