Once again, HBO made history when it’s sprawling series Game of Thrones won a total of 12 Emmys,surpassing The West Wing with the most Emmy wins in a single year. The West Wing has held that honor since 2000 with nine awards. In recent years, the majority of Emmy award wins have started trending toward on-demand and streaming services, leaving broadcast in the rear view. Why is this disruption in television happening now?

While NBC was number two in overall wins this year with 12, they were far behind HBO’s total of 43 Emmys (14 of them Primetime Emmys). Of the top ten winners this year, the Big Four networks (ABC, CBS, FOX & NBC) 24 combined wins were barely half of HBO’s 43.

The Big Four are at bit of a disadvantage when it comes to the type of shows they can program. Because The Big Four networks broadcast on public airwaves (and therefore free), the vast majority of their revenue has to come from advertising, and most of their ad revenue is earned by selling air time for commercials. The subject matter for broadcast shows can’t be too risque or brands will pull their advertising. In addition, the FCC censors content on the public airwaves. As a result, shows produced by the Big Four have the broadest appeal in order to make the shows palatable for the widest audience. As most entertainment creators will tell you, endeavoring for the broadest appeal usually results in watered-down, formulaic, and boring tv shows. 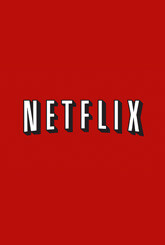 On-demand networks (and now online streaming services like Netflix, Hulu and Amazon) have a leg up on broadcast networks because their revenue comes from a variety of areas. While many basic cable networks sell commercials, their content isn’t shackled by strict FCC censorship regulations, so these shows can be a bit edgier. The original content is often created for a specific demographic, so their programming is targeted for niche audiences. This allows creators to tell unique stories and play with narrative structure that would never work on broadcast TV. With the rising demand for interruption free content, even companies like Apple may moveinto original programming. See for yourself on CNBC here.

Finally, premium cable, on-demand and online streaming services are receiving the most accolades partly because their shows don’t have to break for commercials. They’re funded solely by subscribers, so ratings aren’t as much of a concern, either. Netflix famously has never released ratings numbers for any of their original content, and HBO has admitted they don’t care if people are stealing HBO NOW passwords. These networks can be more cavalier with programming choices and bolder with narrative, with the result garnering an audience with brand loyalty. Life is short and free time is limited.

Broadcast television is experiencing a disruption, and interruptive commercial breaks may be partly to blame. The act structure for broadcast comedy shows is completely different on network versus comedy shows on HBO or Netflix. The way jokes are written are different. Anecdotally, many of my friends in my generation won’t give a 3-camera sitcom like The Big Bang Theory a chance because they think the medium is archaic. Networks are losing ad revenue due to DVRs: inventions made strictly to skip over commercials. Ad blockers are emerging as a threat to networks as people are increasingly consuming entertainment via their smartphones or products like Apple TV.

Just like radio commercials, one day traditional tv commercials could be a thing of the past (or at best a novelty). How will brands continue to reach coveted consumers in a way that isn’t intrusive, but actually enriches the narrative of our favorite shows?

Contribution thanks to:
Aaron Bendele @Ajbend

The future of advertising